The Floral Buzz is our online blog, published whenever we are struck by the inspiration...enjoy

Flowers are a tradition in each and every one of our lives. They have been there for our graduation, for our weddings , for our babies, for every important moment in our lives flowers have had a presence. They create ambience, memories and traditions that we will carry on for many years. The messages vary and a lot is dependent on colour, texture, variety, style, symbolism and many other considerations. Each culture has a floral tradition that expresses a particular message. For example in ancient Greece wedding attendants wore crowns of hyacinth florets to honor Ceres, the goddess of agriculture. Ancient Roman brides carried wheat sheaves to insure fertility. The tradition of showering the bride with flower petals came from Polynesian, Hindu and Jamaican cultures, this gesture was thought to keep away the evil spirits. For hundreds of years little girls have been given the task of spreading blossoms before the bride in the procession to symbolize a happy path through married life with flowers all the way. A Dutch bride will carry Lily of the Valley in her bridal bouquet and later her husband and her will plant the pips in their garden, and blooms will be harvested the following year to be part of their anniversary celebration. A polish bride will sprinkle sugar on their bouquet to keep the bride sweet. Herbs are also utilized in many wedding ceremonies, the French scatter Bay Laurel on the path to the church. The Czech bridesmaid will make a rosemary bouttoniere to pin on the man she wishes to escort her to the wedding. And the groom wore flowers selected from the bridal bouquet to pin on his lapel, this symbolized their commitment to one another. Furthermore the tossing of the wedding bouquet was thought to transfer luck to the next to marry.

The practice of the bride tossing her bouquet began in the 14th century, when obtaining a piece of the brides clothing was considered good luck. Guests would grab at her wedding dress much to the brides dismay. Instead of allowing guests to tear at her wedding gown, the bride began to toss personal items instead such as her bridal bouquet, garter etc. or as in German tradition the veil is torn.

Bouquets made of herbs were thought to keep evil spirits away. During the Elizabethan period each herb conveyed a message:

I guess using all the herbs in your bouquet would safely cover all your avenues.

The Victorians adopted Lady Montague’s concept of flower language. Being the wife of the British ambassador to Constantinople, she observed this strange ritual of sending messages through floral bouquets. In Turkey, single women were not allowed to talk to men, so they sent secret messages through flowers. These individual sentiments and meanings of flowers raged through Victorian England, attempting to circumvent a strict moral code. Examples of floral meanings are:

Some of these flowers still carry the same messages as Victorian times. The bridal bouquet was constructed , based on the message the lovers wanted to display. Unfortunately some rather beautiful flowers were given quite unbecoming names, anemone to mean sickness, lavender distrust and purple larkspur haughtiness. Bouquets were traditionally constructed in a round posy or colonial fashion and have made a fashionable come back in the last couple of decades. Also from the Victorian era came the ritual of the bride’s bouquet being made of several smaller clusters of flowers, with each cluster presented to a bridal attendant. Inside one floral bouquet the attendant would discover a gold ring, this superstitiously suggested that she would be next to marry.

In the late 1800’s Biedermeier style was very popular. Flowers were carefully arranged in concentric circles each ring containing one type of flower. A very tightly structured bouquet usually with orange or lemon peels added for fragrance. This style is showing signs of popularity again due to it’s appealing symmetry and geometry.

Arm Sheaths or Presentation flowers were popular in the early 1900’s, commonly known as “Bernhardt” bouquets, inspired by the floral designs given to Sarah Bernhardt THE actress of that time. Brides of the day modified this arm sheath to include an intricate cascade of love knots that suspended from the bouquet.

Shower boquets became popular around 1910 and by the 1920’s these bouquets had become extremely larger almost concealing the bride. From the flowers hung many yards of ribbon tied in love knots. The catcher of the bouquet was aloud to untie one lovers knot and make a wish that was guaranteed to come true. By WW2 the large shower bouquets had disappeared, during times of war it is generally noted that sense of style becomes more minimal. War-time bride’s wore suits and sometimes a small bouquet or more notably a corsage might be donned.

Today’s preferences include any of the above, there are definite colour and design trends, but weddings are unique individual floral experiences dependent on the bride’s tastes. Flower choices are infinite now due to movements forward in shipping processes that provide the flowers with optimum vase life. Use of chemicals also facilitate longevity in flowers. Florists of by-gone eras were clearly racked with stressful dilemmas, there were no floral foam cages or even florist foam itself. Many bouquets were carefully created with floral stems insulated with moss to withhold moisture to create longer life. Of course the early part of the twentieth century saw many wired bridal bouquets. The wiring process assists the flower to stay erect even though it has become dehydrated. Wired bouquets are less weight to carry, so for one of large proportions it only makes sense to use this technique. Very last minute bridal bouquet assembly was the key to keep their beauty throughout the event. In the Victorian era metal tussie mussie holders were popular, a small metal vase able to hold water and flowers.

Royalty and celebrities also contribute to trends. Bride’s see what the famous are carrying and adopt the same styles. Princess Diana’s shower bouquet brought a resurgence of large cascading bouquets back to the forefront. Princess Grace of Monaco’s timeless lily’s of the valley assembled on a prayer book created interest in that design style. And as we know Queen Victoria brought the white wedding dress as we know it today into vogue. She wore a circlet of waxed orange blossoms around her head with a bouquet made of all white flowers. And as we mentioned earlier the Sarah Bernhardt bouquets of the “roaring twenties”, an actress who loved to receive rather large ostentatious presentation bouquets. In colder areas or seasons in days of old, sometimes bridal bouquets of evergreens were carried. So availability was a huge issue before the perfection of shipping perishable products.

Influences can be identified, but culture , superstitions, time periods (availability) and many other considerations come into play. No matter the decade or era , bridal bouquets have always been a part of the wedding nuptials whether for superstitious purposes, beauty, secret floral coded messages or for better or worse, richer or poorer, in sickness and in health.

Why not check out our Special Arrangements for Weddings 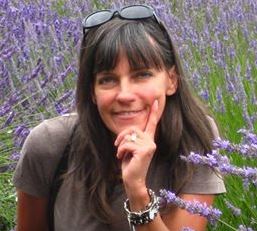